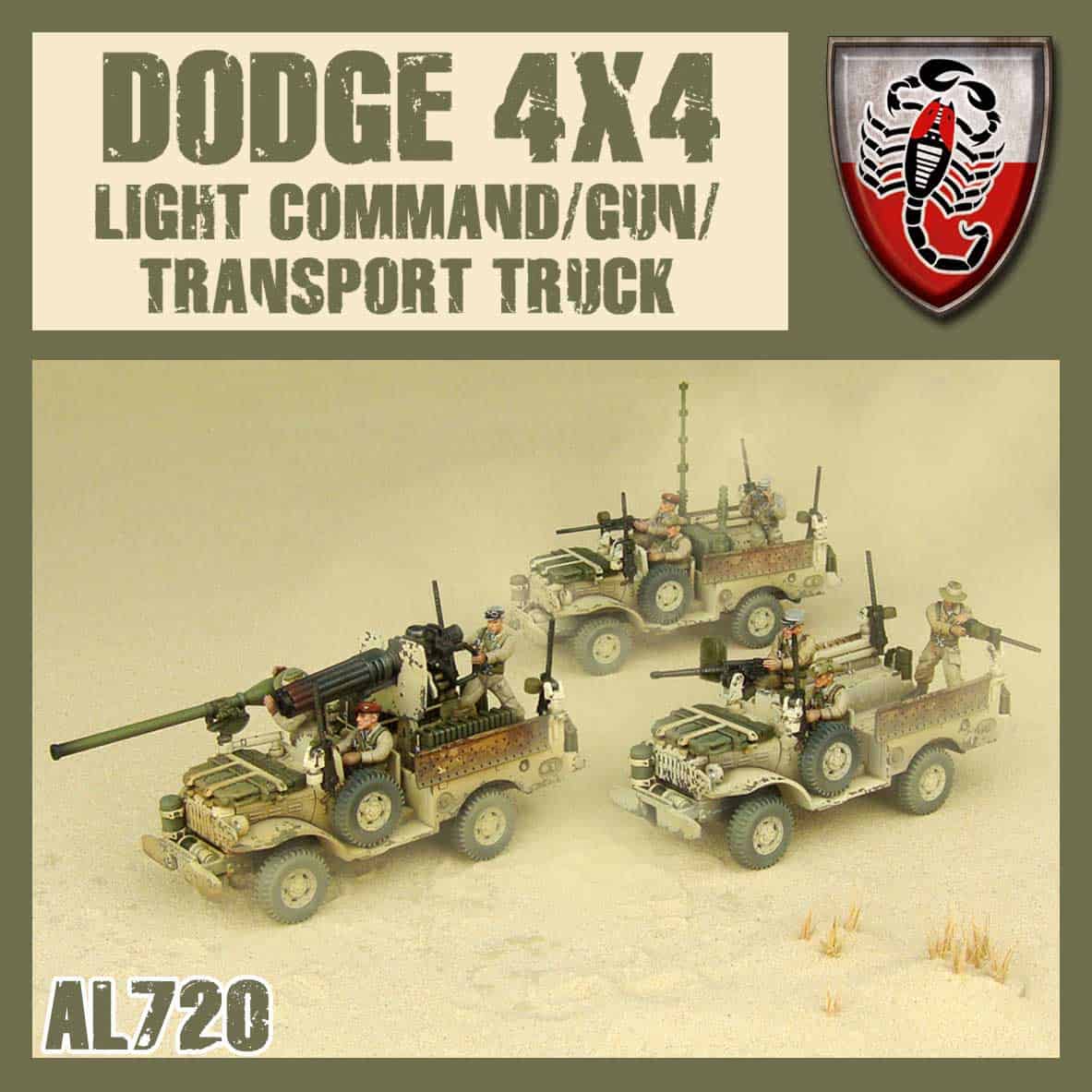 This vehicle comes with four Dust 1947 unit cards, one for each variant of the vehicle that can be assembled with this Truck: the Command version, the Transport version and the Gun Truck. The Command Truck is a Command Vehicle that can carry a Command Squad and enhance its capabilities. The Transport version benefits from the Assault Vehicle skill, that allows its Passengers to disembark after the Vehicle has moved, and the Gun Truck is here to blow stuff up! The fourth card is for a Bloc version of the Command Truck, that allows easy access to this vehicle for any Allied Faction. Please note that the crew miniatures are included.