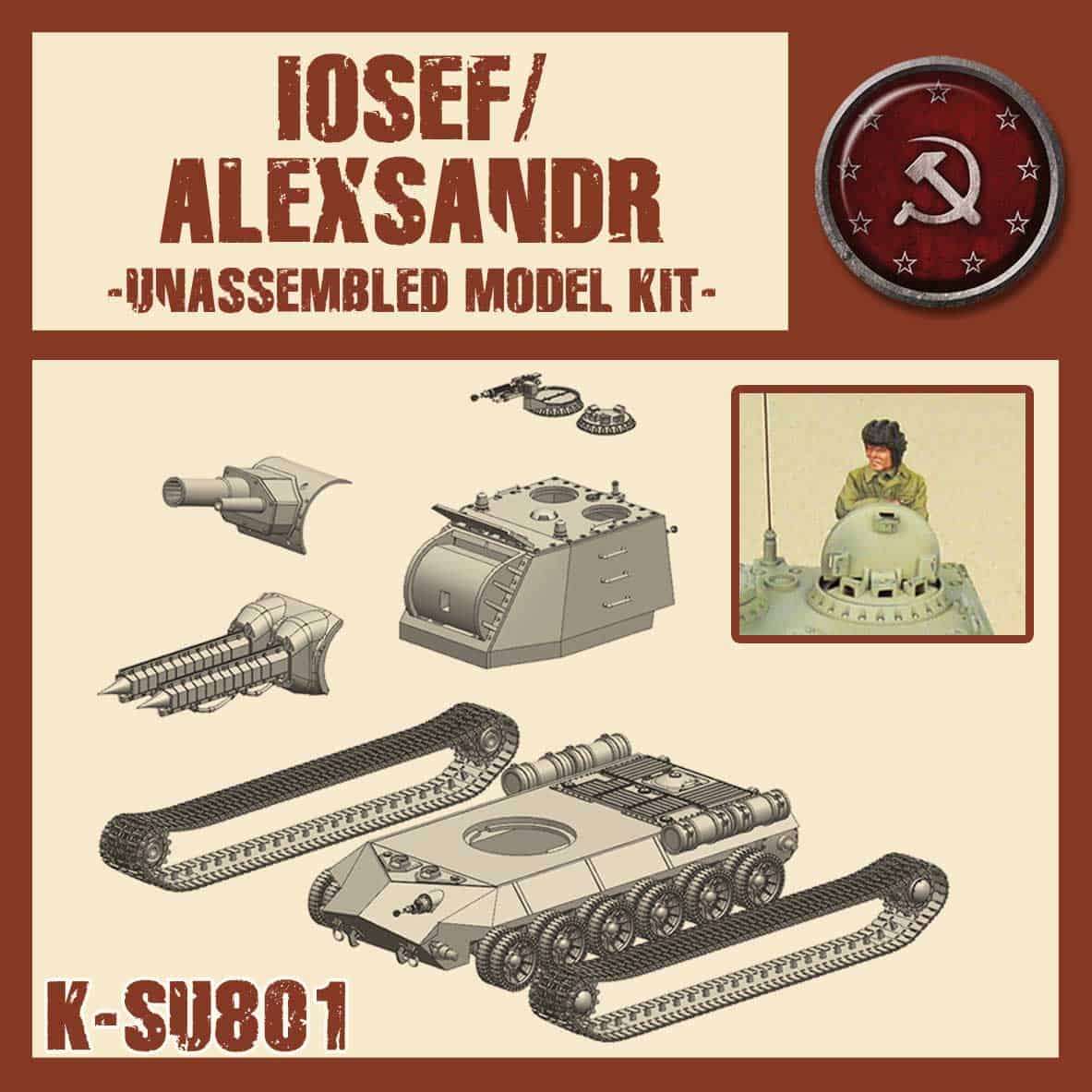 For hundreds of millions of citizens of the Sino-Soviet Union, Iosef Stalin is the Supreme Leader, whose wisdom will guide them to victory. For the enemies of the SSU, the name means death. Many of the SSU’s early heavy tanks were named after Kliment Voroshilov, the Defence Commissar. When it was time for a new and improved series, who better to name it after than the Supreme Leader himself?

The Iosef Stalin super-heavy tank is armed with an efficient combination of weapons, each of which has been proven on other tanks. Its main weapon is a 183mm (7.2”) D-47T gun. Although not designed to destroy vehicles, the mass of this weapon’s round can knock out any tank, no matter how heavy. Its powerful explosive shell is overkill against infantry, but is death to bunkers.

The secondary weapon is an ATO-45B flamethrower mounted alongside the main gun. It is ideal for destroying infantry in buildings and strongpoints. That’s if there are still some in range when the Iosef Stalin gets there. Usually there’s only wreckage left, or the enemy has fled.

The cards to use with Dust Tactics and Dust Tactics Battlefield are included. Please note that an SSU decal sheet is also included.