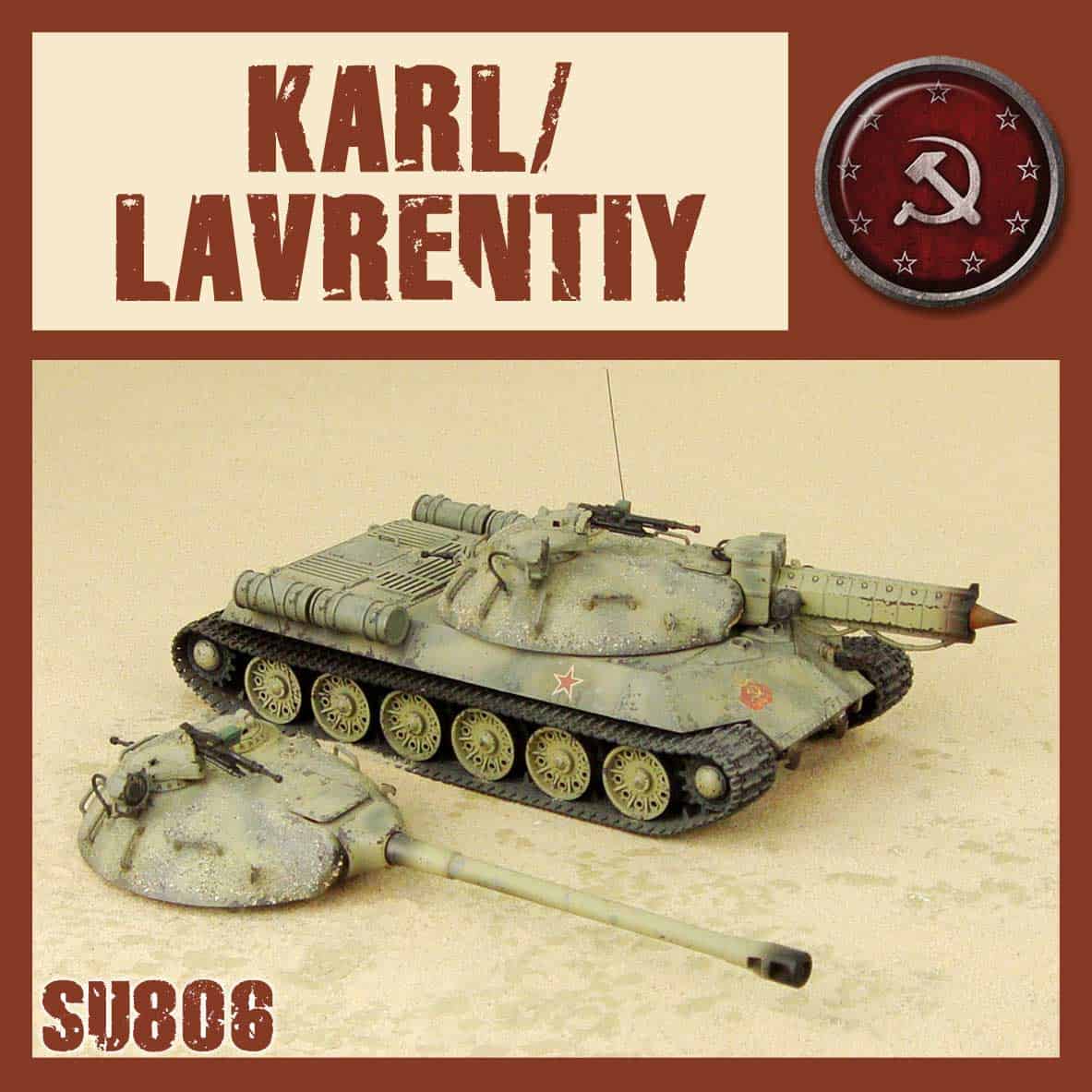 The IS-48 Super-Heavy Tank is perhaps the most powerful ground vehicle in the world. Armed with the brand new Heavy Tesla Gun, this tank is a dire threat to infantry and vehicle units alike. Designed by the SSU, the tank’s deadly Tesla cannon ignores cover, wipes out out enemy squads in a single burst, and „explodes“ for tremendous damage against enemy vehicles. When the IS-48 Super-Heavy Tank takes the battlefield, it instantly becomes the centerpiece of any army.

With the ever increasing threat posed by heavier enemy vehicles on the battlefield, the SSU has responded with what it knows best: very heavy tanks. The first army to field such tanks early in the war, they were a disastrous surprise for the invaders of the Motherland back in 1941. Now with this new generation of even more armored and armed tanks, the SSU hopes to achieve the same goal as six years ago. Surprise and destroy their opponents.

The IS-48 A is a specialized close assault version of the new heavy tank chassis. It mounts the biggest Tesla Gun available in the whole SSU arsenal, capable of tremendous damage to any ground target. With this new technology, the bloc hopes to gain a definitive upper hand on its enemies. Beams from this weapon can devastate the battlefield in a few shots.
The tank also has three 12,7 mm machine guns, one on the top in an antiaircraft role, one in the chassis and one in the back of the turret, a feature unique to SSU tanks. This “extra” machine gun gives the vehicle an incredible resilience during combat in an urban environment.

The IS-48 B is the “all-around” version of the new heavy tank chassis. It houses a powerful 152 mm gun which has proven to be a reliable and deadly weapon on many others SSU vehicles. The tank also has two 12,7 mm machine guns, one on the top in an antiaircraft role and one in the back of the turret, a feature unique to SSU tanks. This “extra” machine gun gives the vehicle an incredible resilience during combat in an urban environment. To clear out strong points and bunkers, the IS-48 B also has an ATO-45 flamethrower in the chassis, in place of the regular machine gun found there on many other tanks. Soviet engineers found that the vehicle had enough long range firepower, but any vehicle needs a little extra to make it unique: this was it.

SSU tank commanders love this new tank and all Generals throughout the bloc try to have some in their forces. They can always be found at the very tip of the assault, opening the way for the red tide to engulf the enemy.

Please note that the commander miniature pictured is included with this model.

This set contains one tank body and two weapon versions.