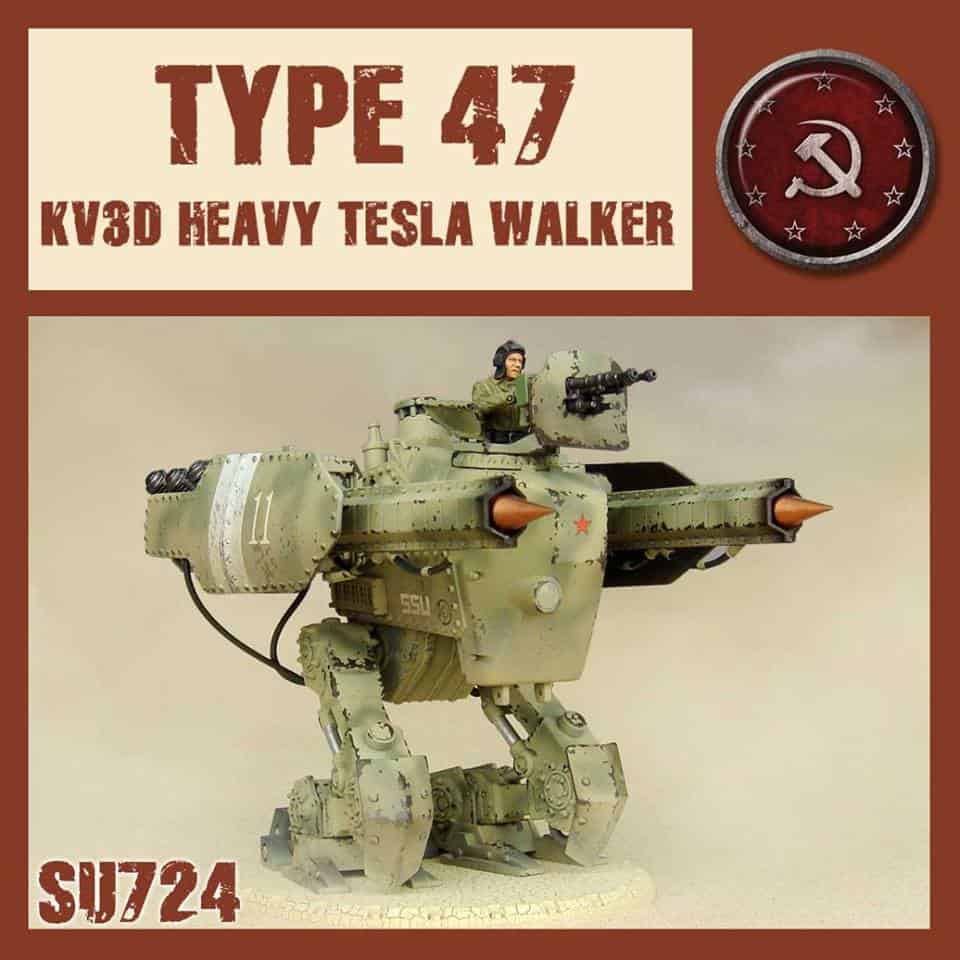 The People Liberation Army (PLA) fights a relentless war against the Imperial Japan in China and South-East Asia. But as part of the grand SSU Bloc, its forces can be found all over the World where the Revolution is fought. The Type 47 is a new walker that has been recently issued to the SSU Army, starting with the PLA. For years its armored regiments received second hand vehicles but this has changed recently. Thanks to its two massive Tesla guns, the Type 47 is a threat to even the heaviest vehicles on the planet.

Inside you will find unit cards for both SSU Block and PLA.