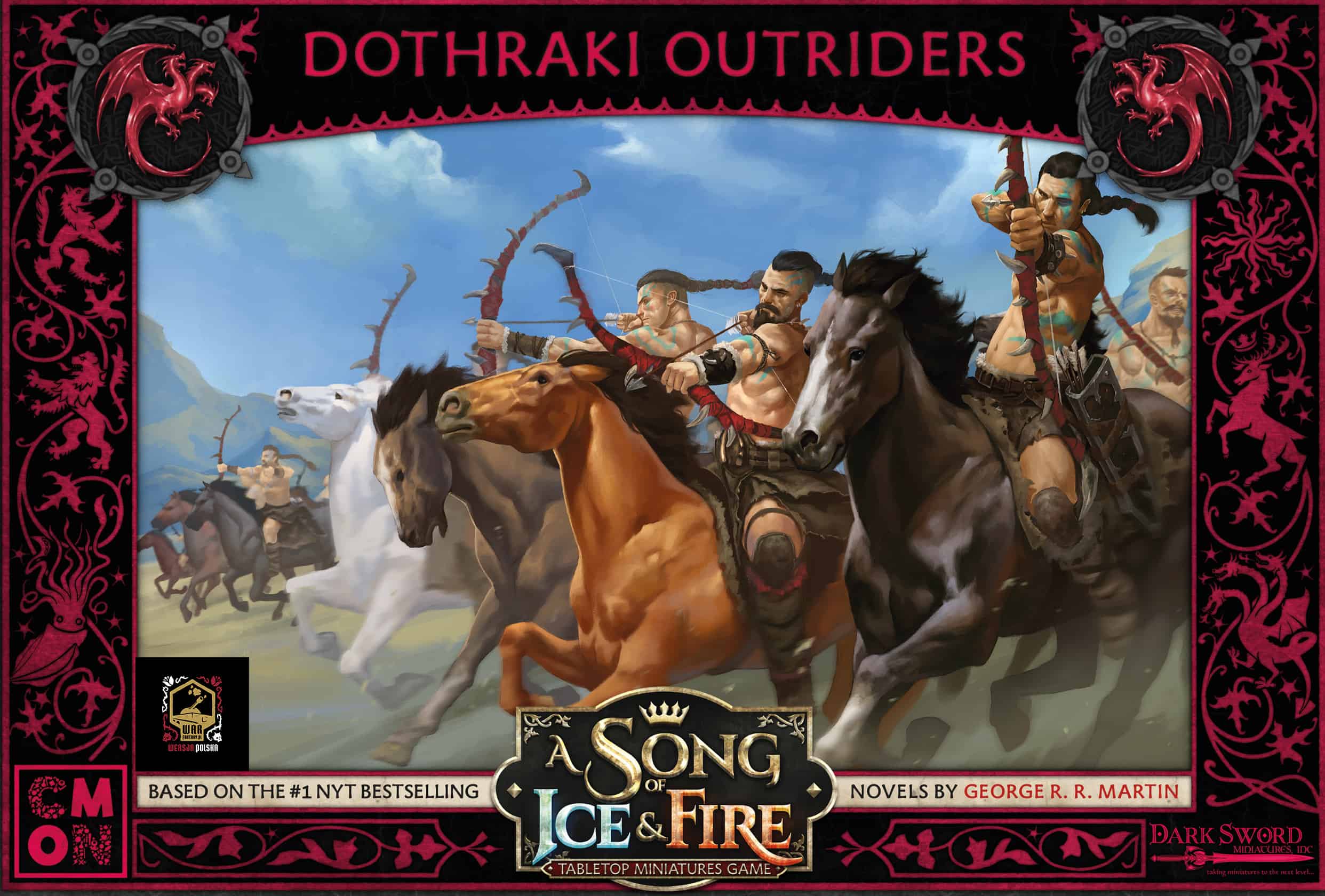 Category: A Song of Ice & Fire

Warning! This is polish version of the box! All miniatures are like original ones and cards are in 2021 edition – but all language elements are Polish!

The Dothraki Outriders are generally used as scouting forces, using their superior riding skills to spy on the enemy and ascertain the best way for the main army to attack. But once the battle has started, a whole new facet of the unit becomes apparent: they’re also master archers. Archers are generally slower units in an army. Obviously, that’s not the case when your archer is also a master rider.

The Dothraki Outriders Unit Box for the A Song of Ice and Fire: Tabletop Miniatures Game gives House Targaryen players a swift ranged force for their army. These lightly armored mounted troops make full use of their horses both before and after raining arrows down on their opponents. With their great speed, the Dothraki Outriders can reach out and deal damage to enemies normally considered safe along the back lines of an army. Enemy commanders will have a difficult time pinning down these highly mobile troops.