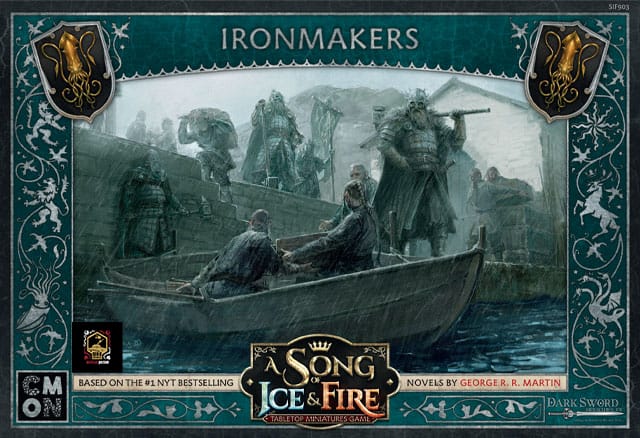 Stock:
A lot
Categories: A Song of Ice & Fire, Greyjoy

Every House requires troops of all types in the wars that happen throughout Westeros. Allied with House Greyjoy, House Ironmaker’s heaviest are the ones that bear their name, the Ironmakers. They wear heavy scale armor over boiled leather, letting them turn most blows aside. Though not as heavily armored as some of House Baratheon or Lannister’s forces, they still form a strong center for any battle line.

The Ironmakers Unit Box for the A Song of Ice and Fire: Tabletop Miniatures Game give House Greyjoy players a heavy infantry unit around which they can form the rest of their army. Their tough armor does them well on the battlefield. However, it’s their ability to quickly grab loot from fallen foes that set them apart. The unit only gets more defensive as they destroy opposing units. Any foes that break on them like waves on the shoreline will only further fuel the Ironmaker’s might.