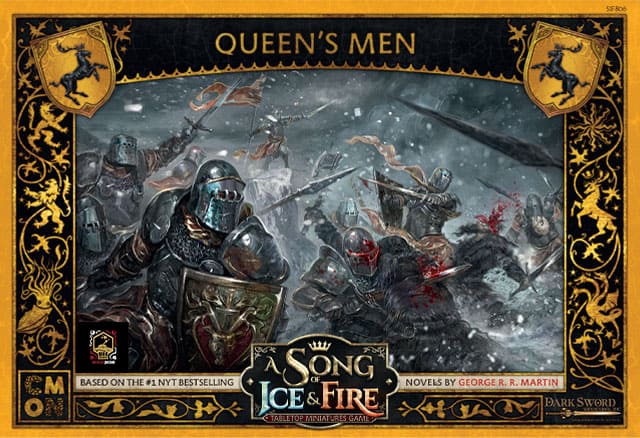 Category: A Song of Ice & Fire

The Queen’s Men aren’t named necessarily for their dedication to Queen Selyse. Instead, it refers to their conversion to the R’hllor faith. And while many might be concerned that their true loyalties lie with the Red Priestess, for the time being, they are just as willing to head to battle in service of Stannis Baratheon. In time, their true nature might come to light.

The Queen’s Men unit box for the A Song of Ice and Fire: Tabletop Miniatures Game give House Baratheon players a new melee-based option on the battlefield. Loyal to the older Baratheon brother, Stannis, they are clad in heavy armor and armed with longswords. Their conviction will potentially keep them on the battlefield when others might succumb to their wounds.