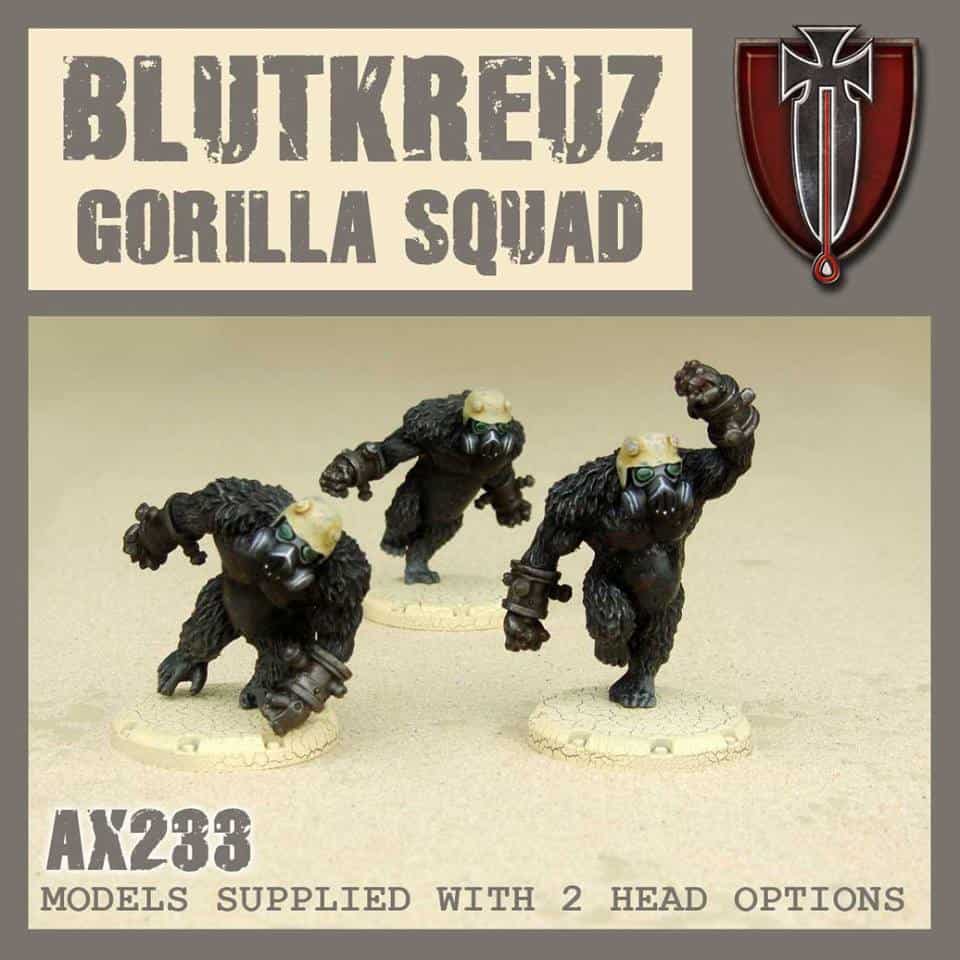 Gorillas are back in the sands of Babylon! Thanks to the recent Axis invasion of Congo, Blutkreuz Korps scientists have received a lot of “raw material” to keep producing these monsters. There are now gorilla bands roaming the deserts of the Middle-East, going from one oasis to the next, attacking anything and anyone unlucky enough to cross their path. Now a staple of Axis forces, the Blutkreuz Korps Gorilla Squad is a powerful close-combat unit: there they can pretty much destroy anything thanks to the steel fists grafted to their arms.

2 sets of heads and 5 models come in the box.

This squad comes with its own Dust 1947 unit card. Like all regular Dust 1947 miniatures, it comes already assembled and primed. It’s ready for the battlefield, or for painting, as you wish! You can directly paint over on it, since the priming serves as an undercoat and is compatible with any type of paint