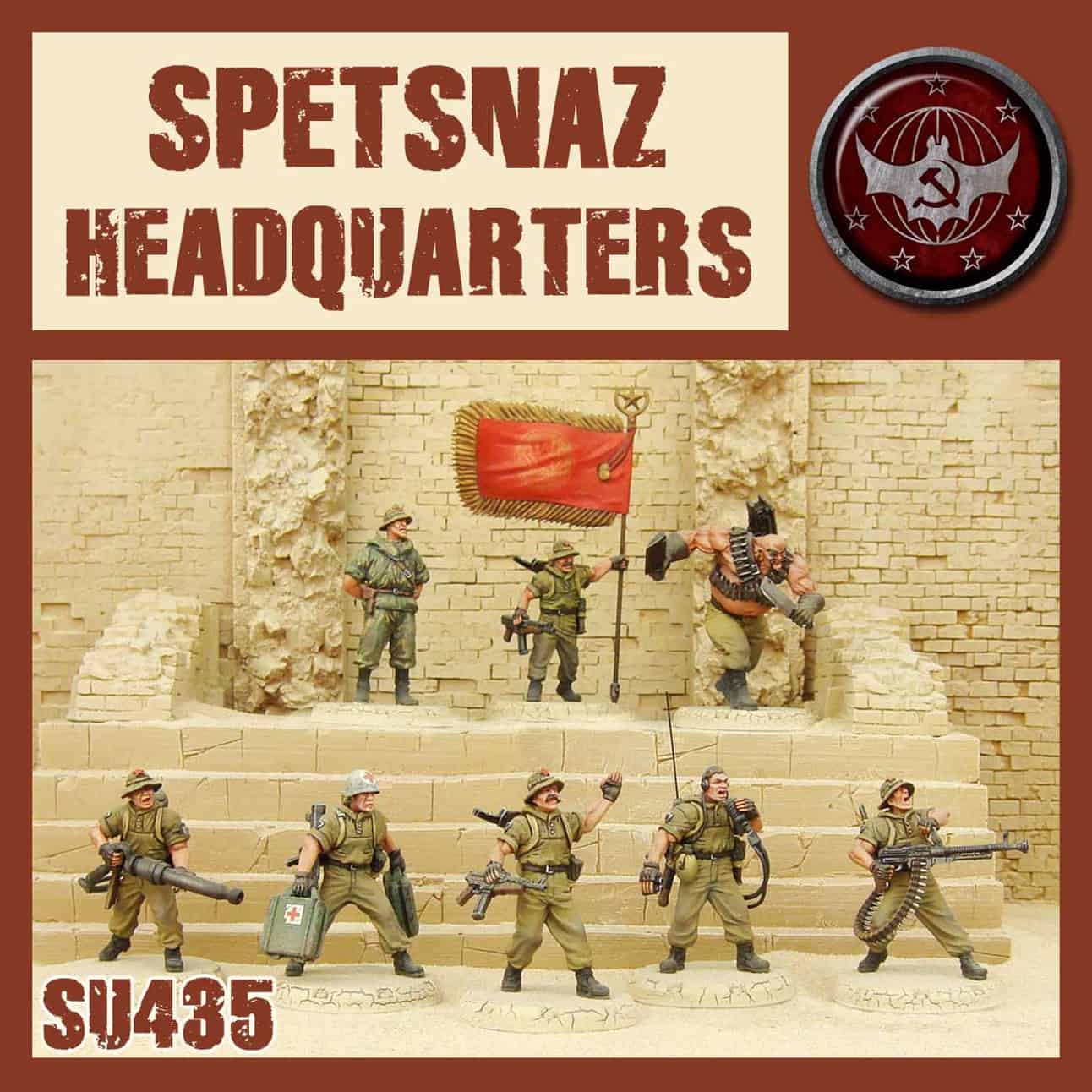 The Spetsnaz SSU special forces have infiltrated deep in Mesopotamia. The newly formed chaos of Operation Babylon will be a new hunting ground for these ruthless men… The Spetsnaz Command Squad is a special unit of field officers whose skills are invaluable. They are equipped with automatic rifles, a machine gun and a flamethrower, and their presence on the battlefield can change the entire course of battle, thanks to their invaluable skills. A wise general should take care to protect these experienced officers.

One of the fiercest Spetsnaz in the whole SSU, Ivan the Butcher earned his nickname thanks to his brutal methods in the field and as he trained a whole generation of SSU special forces. A ruthless soldier, those who serves under him fear him as much as his enemies. Ivan’s arrival in the sands of Babylon will surely make them red with blood.

Even if he is still young by some standards, Podleytenant (Sub-Lieutenant) Vasily ‘Red Banner’ Kiritchenko is already a legend among the Spetsnaz. Kiritchenko has fought countless battles all over the planet in the name of the Motherland. He has spent the last few years with the 5th Guards Separate Spetsnaz Brigade, always at the forefront of special operations in dangerous places.

He came up with the idea of the Red Banner during the bloody battle around the Allied Embassy in Lima, Peru. After days of intense combat, the defending Spetsnaz were faltering in the face of attacks by ASOCOM heavy rangers. Remembering the revolutionaries of 1918, Kiritchenko grabbed a large red table cloth as a makeshift banner. Rallying locals and the surviving Spetsnaz around his position, he lead a charge that won the day for the SSU.

Even if it’s unique among special forces to carry a flag, Kiritchenko has done so ever since, earning him the nickname ‘Red Banner’, only now he carries the official standard of his regiment. Kiritchenko continues on the path to victory for the glory of the Sino-Soviet Union and the World Marxist Revolution.