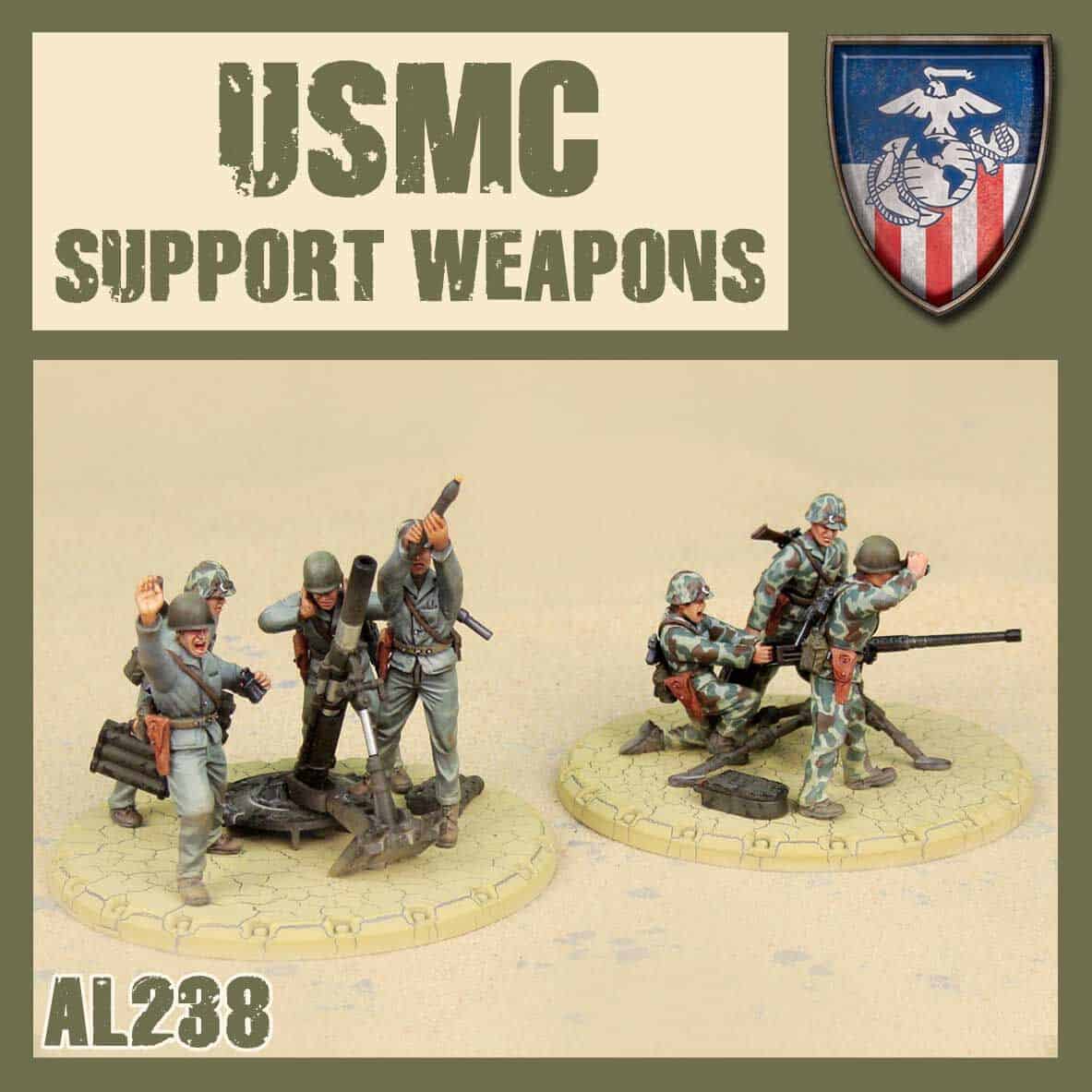 The United States Marines Corps is one of the few military formation to have kept its identity when the Allied bloc was formed. Even though the Allied Marines Corps has been created, the USMC remains. They fight almost exclusively in the Pacific, and now on home soil in Alaska and the Everglades. On some of the terrain they fight, you have to travel fast: a few soldiers carrying a machine gun is sometimes what’s best. These small teams are veterans of many campaigns. Guys that can be trusted to come out on top even if outnumbered.

Facing the Imperial Japanese Marine troops for 5 years now, the Marines have learned the hard way that heavy firepower is key to victory!
This USMC team has a 120 mm heavy mortar. It’s one of the most reliable weapon anyone could have in such harsh environment as the deep jungles the Marines have to fight in: it never jams, it’s easy to clean and move around. And on top of all, it can deliver quite a punch! The Heavy Mortar Teams are a pretty common sight in the Pacific theater. Four men with one of these can hold an entire Jap’ Company for quite some time. And the 120 mm shells can even harm the light vehicles and walkers the enemy loves to use.

Caution! These units come with outdated unit card, to use them with up to date rules you will need to print the actual card yourself!