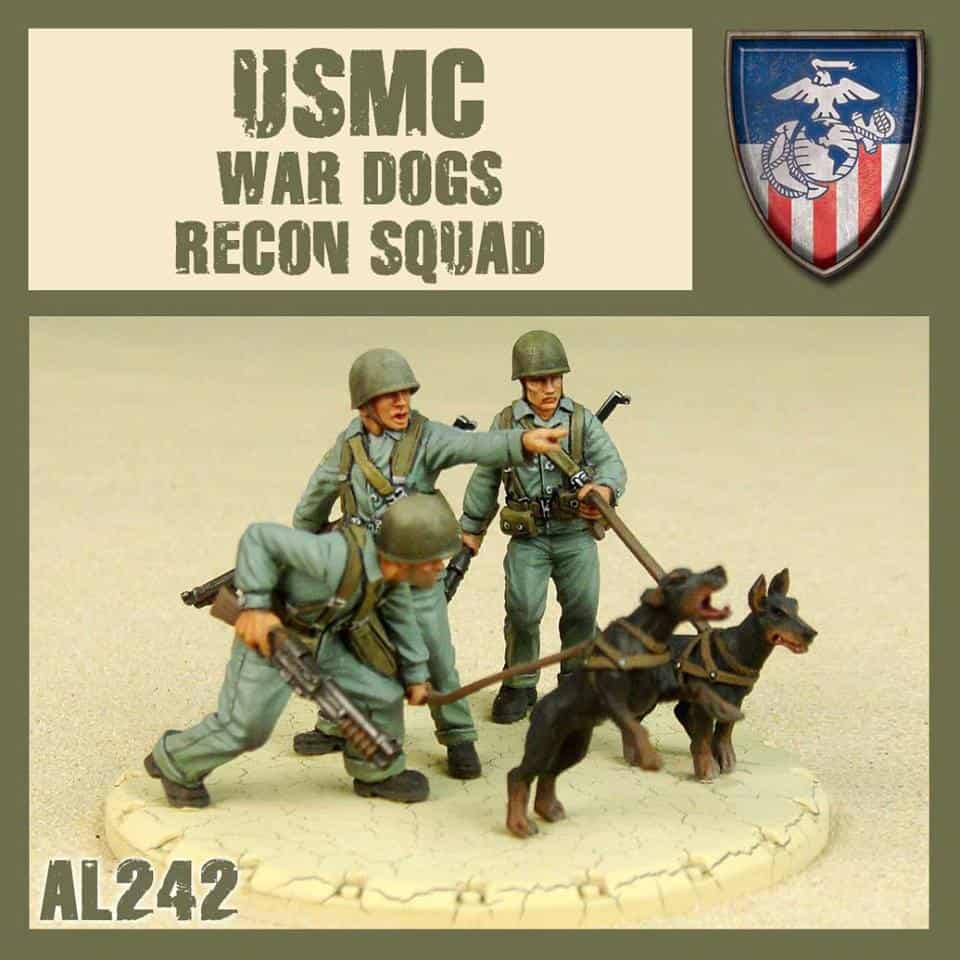 The United States Marine Corps (USMC) has arrived! The Allies are in North Africa and the Middle East for good, and no-one is going to kick these Marines out! The fiercest fighting force on the planet is not easily scared or defeated, there’s not much these guys haven’t seen already in this war. The USMC uses dedicated canine squads for reconnaissance missions, but these dogs don’t back out of a fight if need be! The squad is presented here in Babylon camouflage pattern, as used in the Middle-East circa 1947.

This item comes with its own Dust 1947 Unit Card. Like all regular Dust miniatures, these are already assembled and primed. They are ready for the battlefield, or for painting, as wish! You can paint directly on them, since the priming serve as an undercoat and is compatible with any type of paint.