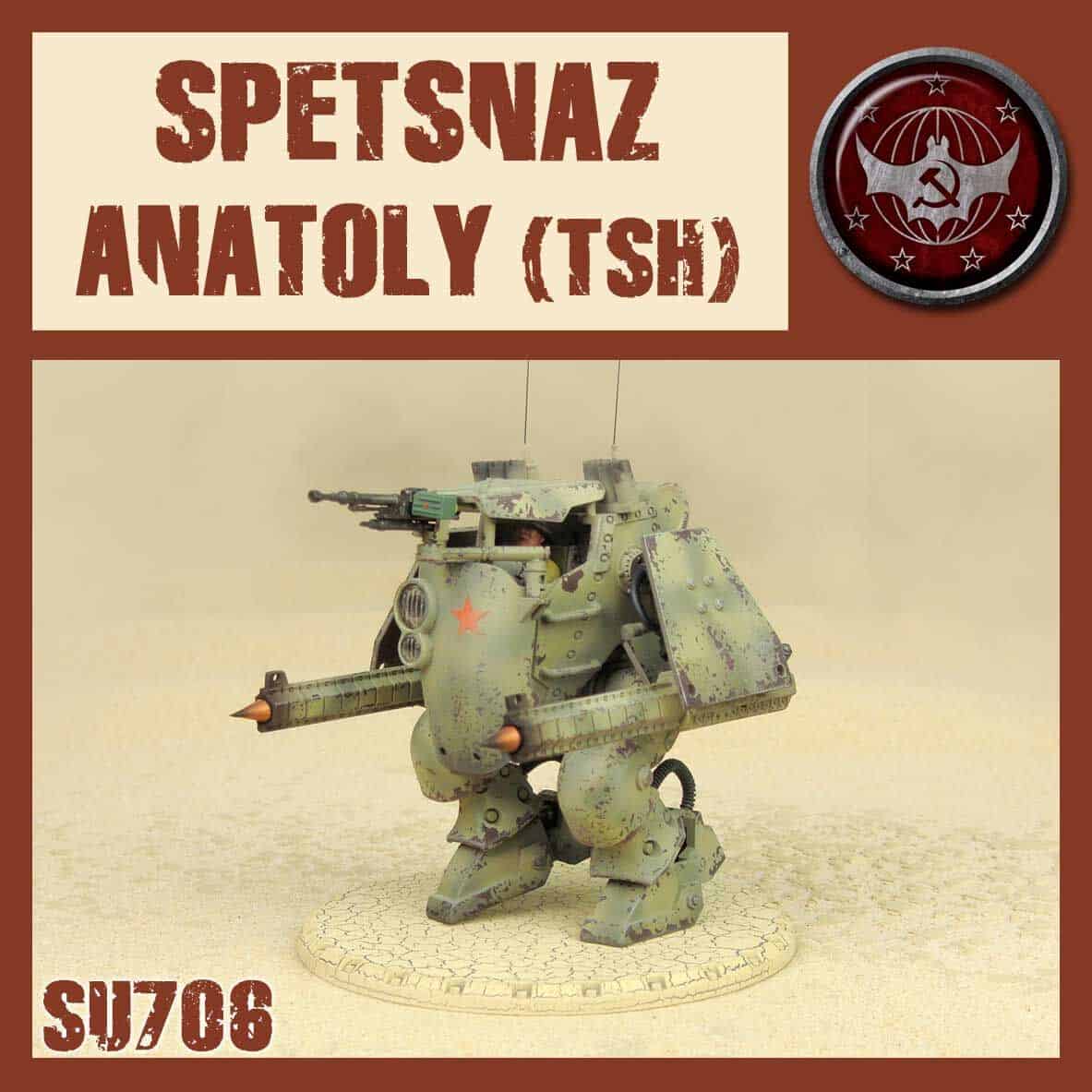 Another tropical variation based upon the classic KV47 series, the L model, or Anatoly, mounts two very efficient Tesla guns, derived from the Red Lightning support weapon. The Anatoly’s capacitors allow it to fire both Tesla weapons in rapid succession, but this leaves it defenceless until the capacitors recharge. Being a Tesla weapon, it incapacitates its targets, even if it does not destroy them outright.

Using pack tactics, the KV-47L Anatoly can take on much larger walkers. Like its cousin the Aleksei, the Anatoly’s small size makes it perfect for special operations. It can easily be air-dropped, put on a landing craft, or travel through a dense jungle with equal facility.