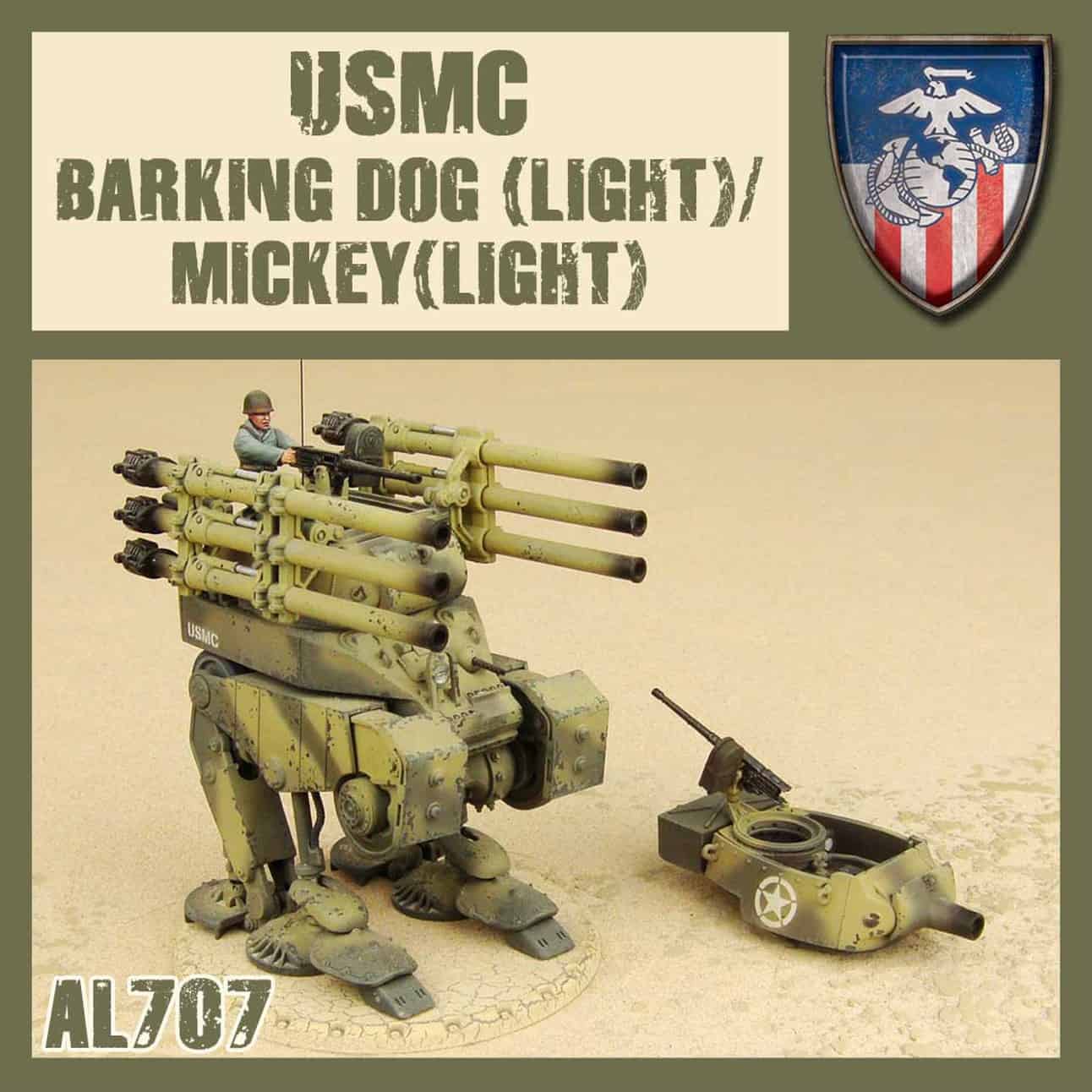 Maybe the most recognizable walker on the planet today, the Mickey has given birth to a huge range of machines build on its rugged chassis. In the Pacific or the Middle-East, the Allies use a tropical version of the same chassis, whose main feature is an open top turret. The deadliest arsenal of the Mickey family stays the same.

Filling a gap in the Allied armoured arsenal between the M3A2 Mickey (Light) and the M3C Pounder, the M3G2 Barking Dog (Light) is an excellent anti-tank walker and can serve as a close support vehicle. Its six M40 recoilless guns fire in sequence, aimed at the same point thanks to a very advanced targeting system.

The sound of the guns firing a couple of seconds apart resembles a loud dog barking, hence the nickname of ‘Barking Dog’. This dog’s bite is far worse than its bark! Its 106mm rounds will easily destroy enemy fortified positions or blast tanks into smouldering heaps of metal.

The downside is the reload time needed to make this magic happen. All six guns need to be loaded from the outside of the vehicle, one at a time. That’s why you’ll rarely see a Barking Dog alone on the battlefield. It behaves more like a wolf than a dog, either traveling in pack of its own, or with other walkers that complement its role.

The Marines’ Light Barking Dog is similar to the prototype tested by the Army, but has an open-topped turret for better vision and cross-country performance. It is probably the most popular walker in the Marine Corps’ arsenal.