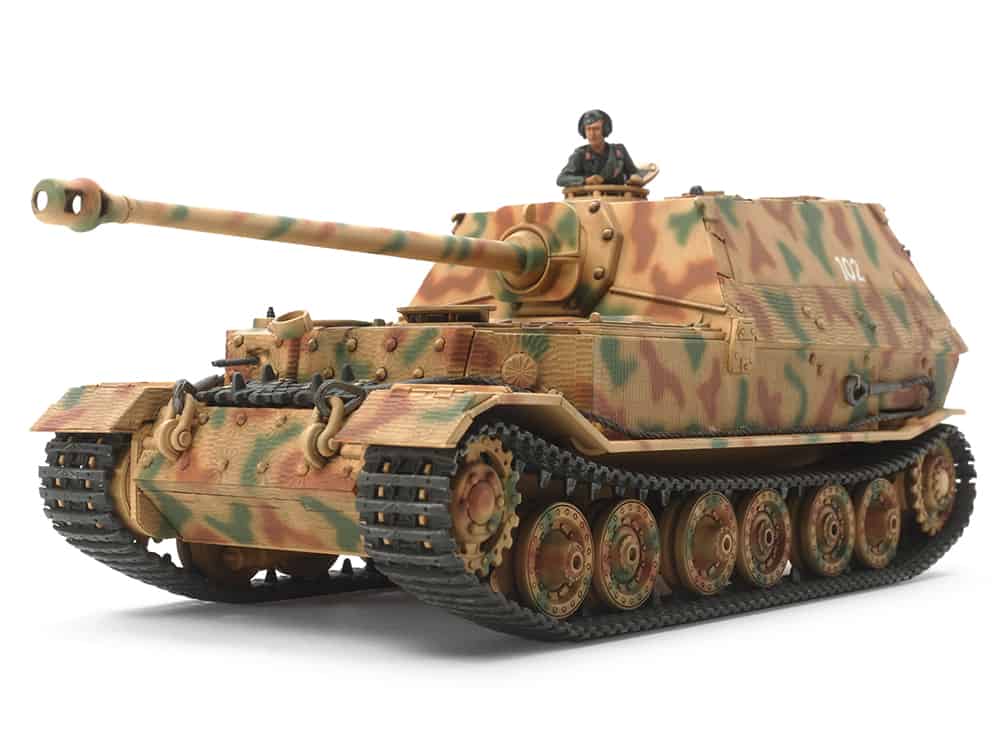 With a powerful 8.8cm gun capable of taking out Russian T-34s and KV-1s from range, plus armor up to 200mm thick, the Elefant heavy tank destroyer was a formidable prospect. Originally named the Ferdinand, 90 were produced by May 1943 and in their first combat action in the Battle of Kursk that July, they are said to have accounted for over 500 Russian tanks. However, after Kursk they were withdrawn for an overhaul and came back in February 1944 re-named the Elefant. They were active in Italy and on the Eastern Front, even being thrown in to the defense of Berlin as WWII drew to a close in Europe.