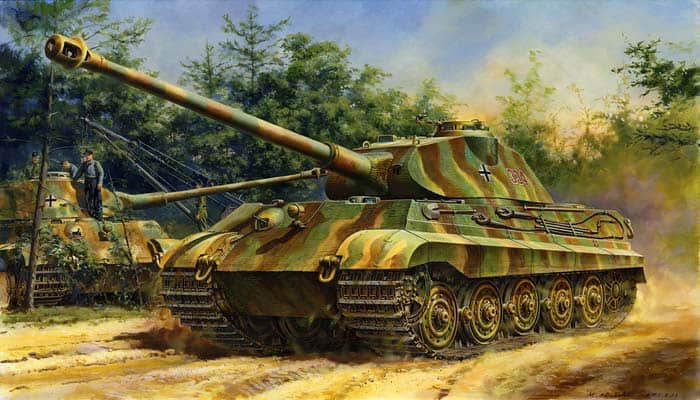 Appearing in 1944, the King Tiger was Germany’s final production model heavy tank. The tank featured armor of 100mm thickness on front and 80mm on sides, and it mounted the same 88mm high velocity main gun as seen on the Tiger I. The ability to penetrate 152mm thick armor plate from a distance of 2,000 meters, coupled with strong defensive capability made the King Tiger a truly formidable foe. The first 50 tanks produced featured turrets developed by the Porsche company, which featured distinctive rounded contours. The Porsche turret versions of the King Tiger first saw action at Normandy in June, 1944, where they put their awesome firepower to use by attempting to repel the invading Allies.