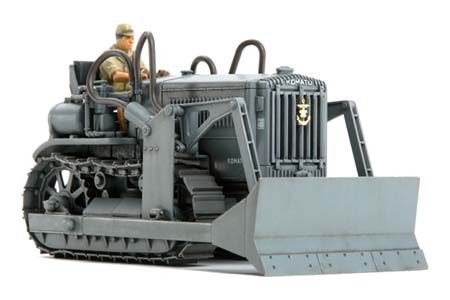 The Komatsu G40 was produced for the Japanese Navy during WWII and had the distinction of being Japan’s first ever domestically-produced bulldozer. It was developed as a means to speed up airfield construction, which had up to that point been done by hand. Komatsu based its design on their existing farm tractor and it was equipped with a 50hp gasoline engine as well as a hydraulic dozer blade. About 150 were built from 1943 to the end of the war and they were sent to engineering units in the northern and southern fronts. It also influenced the design of postwar Japanese construction machinery.