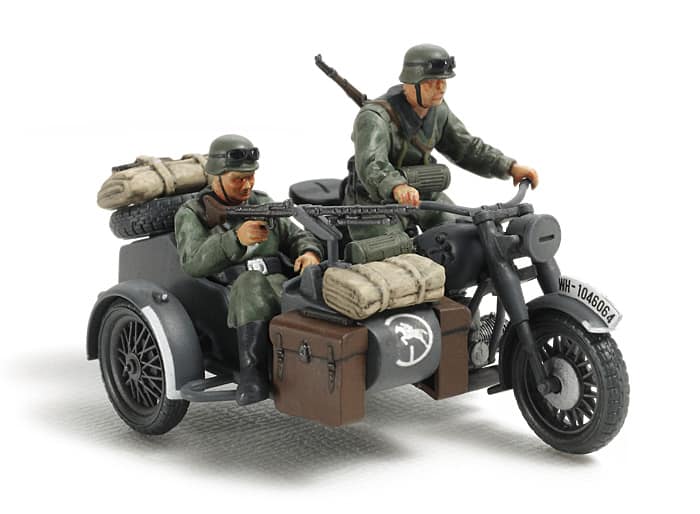 Master of All Trades… Among the vehicles employed by the German military in WWII was a sturdy 750cc-class motorcycle with sidecar, powered at up to 95km/h by a 2-cylinder engine. The wheel on the sidecar could also be powered, making the bike and sidecar into a 2-wheel drive unit more than capable of holding its own on poor surfaces. Such versatility inevitably led to its use in a wide variety of locations from North Africa to the Eastern Front, seeing duty in reconnaissance and transport roles to name but two. If need arose, it could even be fitted with a MG34 machine gun and take the attack to the enemy.