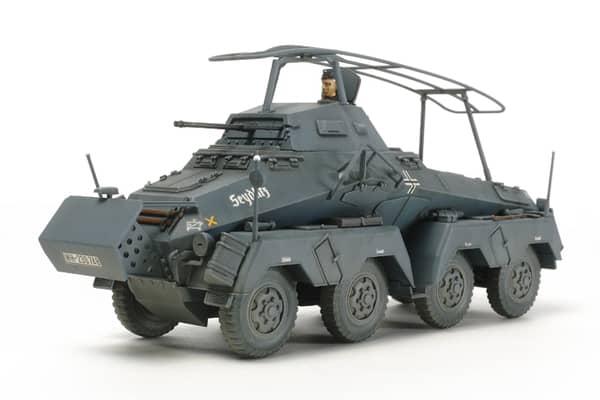 The Eyes of the German Army
During the first half of WWII, German reconnaissance units relied greatly on the Sd.Kfz.231 series heavy armored car. It also came armed with a KwK30 20mm cannon and an MG34 machine gun mounted on its turret. The 8-wheel drive Sd.Kfz.232 had an on-road top speed of 90km/h, and a rear driving position to facilitate swift escape from threatening situations. Its most identifiable point was a large frame-type antenna mounted on the body. These 8-wheeled armored cars were deployed to armored reconnaissance battalions of Panzer divisions and served as the eyes of the German army from Europe and North Africa to the Russian front.