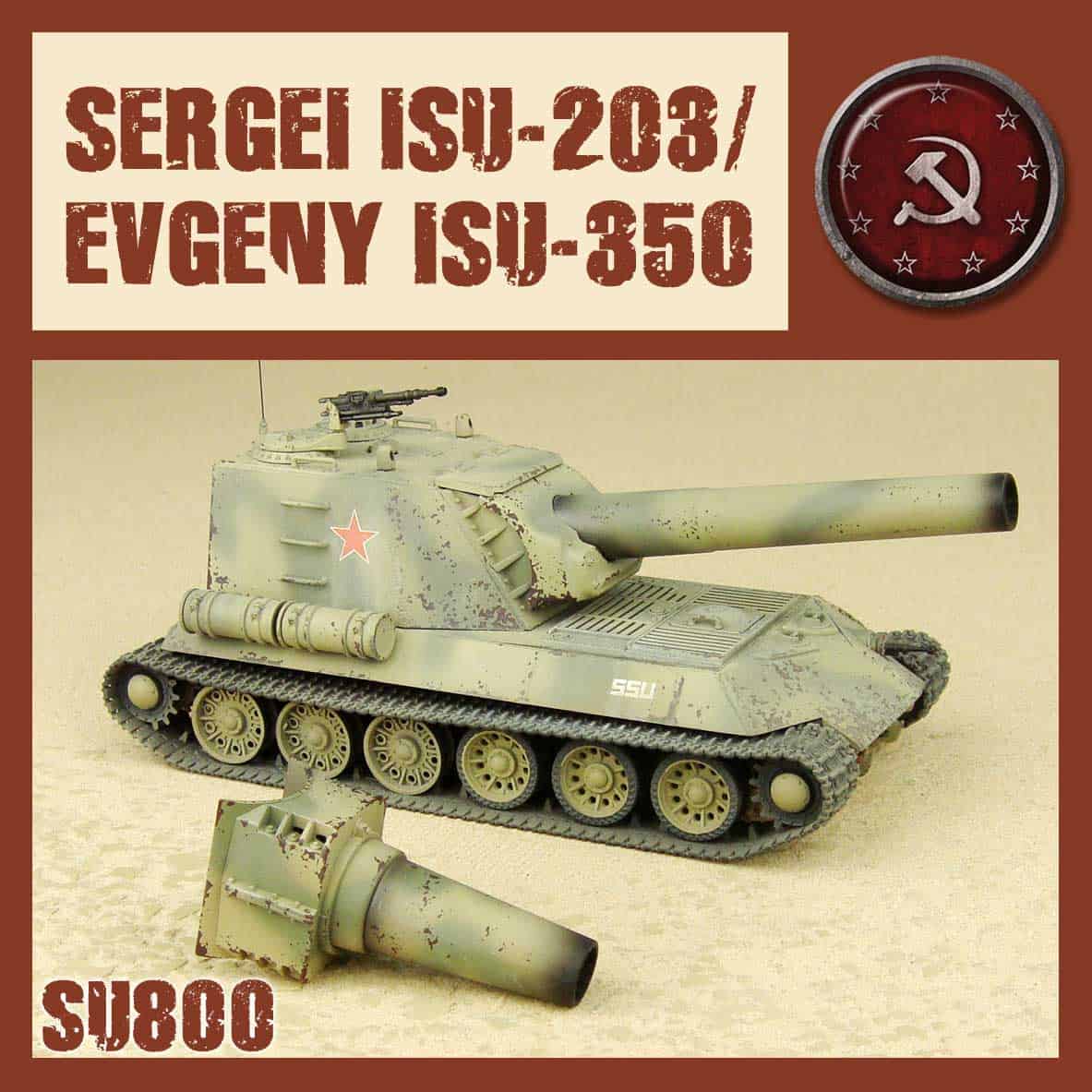 Sometimes instead of silent approach or trap even Spetsnaz needs to hit hard and loud. That’s when Sergei comes in. This tank has one of the biggest guns ever mounted on a land vehicle. One shot from this lady can vaporize an entire platton and most walkers. This is the true power of the Motherland!

Since 1943 the ISU format, a heavy self-propelled gun mounted on a tank chassis, has become a staple of the SSU armored forces. Easy and cheap to build, efficient and deadly, these vehicles are now found everywhere on the planet where the SSU fights. The Sergei mounts a very heavy antitank gun, capable of knocking out any enemy armored target. The Evgeny is armed with the largest assault howitzer ever mounted on a ground vehicle.
This reference allows you to field one of these two variants.