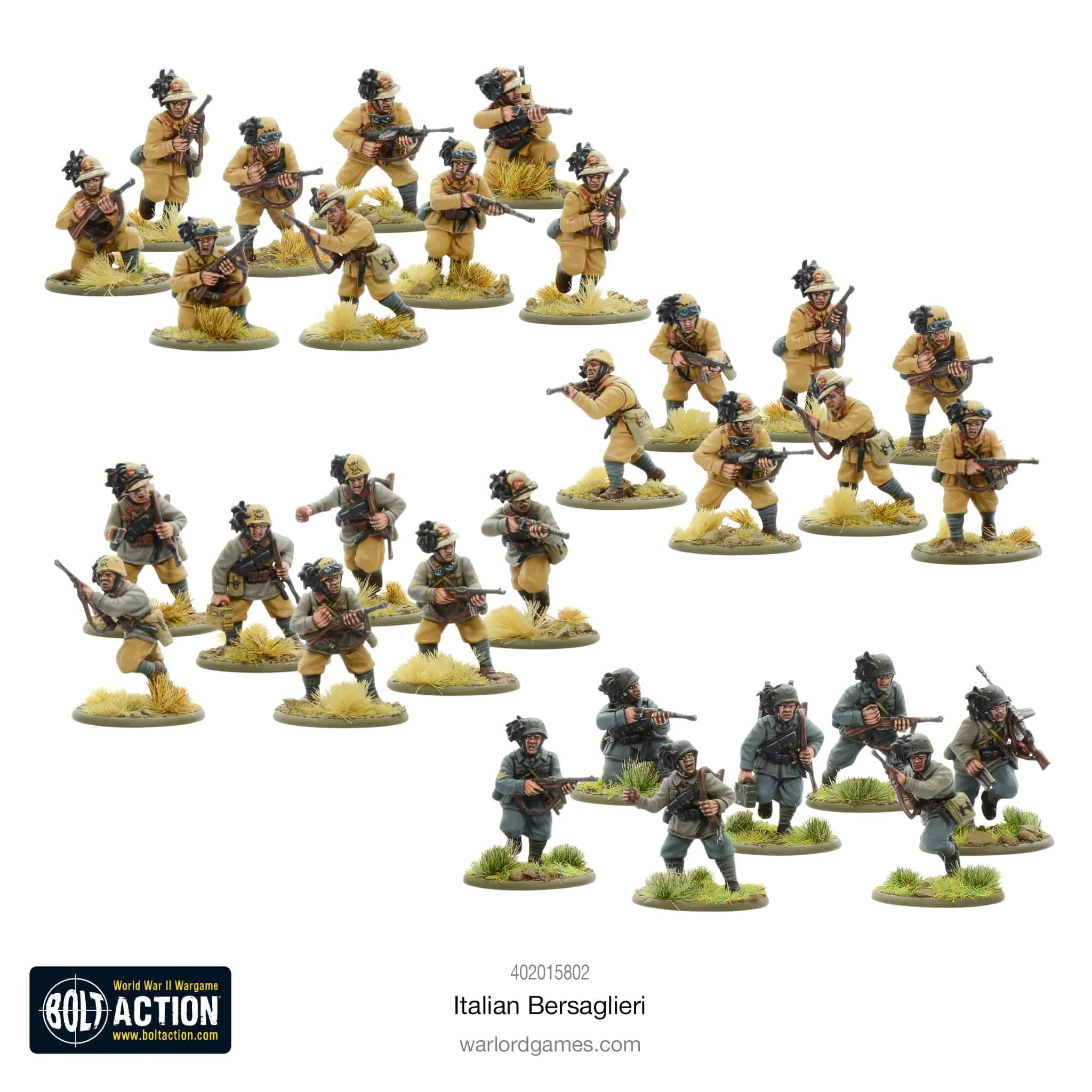 Highly trained marksmen and superbly fit soldiers, the Bersaglieri (sharpshooter) were easily identified by their helmets, sporting large black capercaillie feathers. As light infantry troops they were encouraged to have a greater level of independence and initiative than the regular Italian army troops and this élan served them well during the war.

During World War II the Bersaglieri became a focal point of Italy’s push towards mobile warfare. Several units of these highly motivated, aggressive troops were equipped with bicycles or motorcycles to fight alongside the Italian armoured and motorised divisions.

Seeing action in the early years of the war in France and Greece they would also acquit themselves well in North Africa with 12 regiments fighting in the East Africa, Western Desert and Sicily campaigns. On several occasions Bersaglieri units fought to the last man as their German allies fled, belying the modern day view that Italian soldiers were largely craven. The Bersalgieri saw combat on the Eastern Front against Stalin’s Red Army.