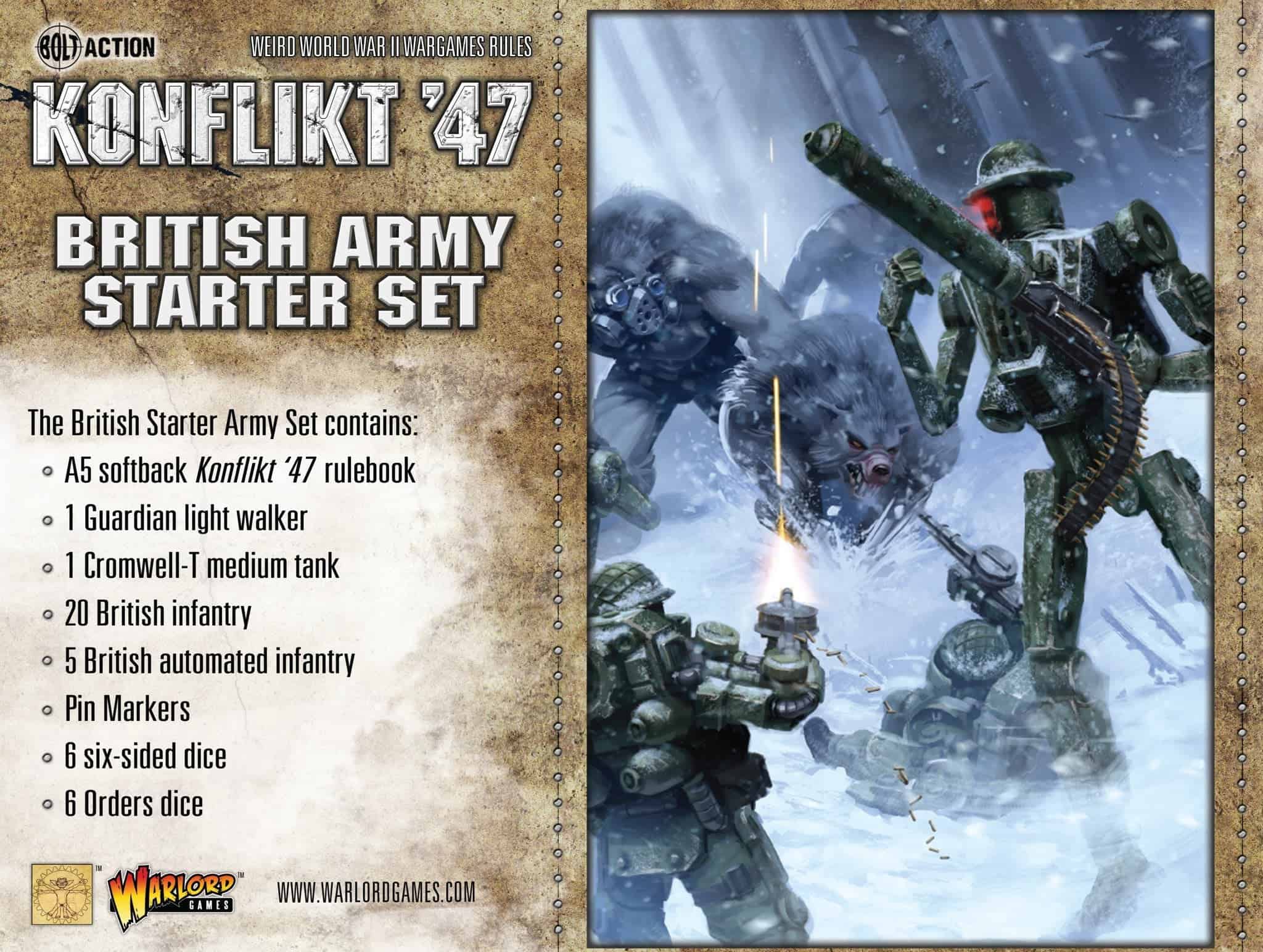 March 1947. Europe is gradually emerging from it’s most severe winter in living memory. Dug in through the winter, British and Commonwealth troops prepare to begin the last push into Germany.

Setbacks the previous year are forgotten as new rift-tech weaponry arrives at the front line. The Guardian light walker now supports armoured infantry battalions, the combination able to deliver tremendous firepower in a concentrated space. The US Tesla Cannon has been fitted to the Cromwell tank hull, resulting in a fast, reliable vehicle that can confidently tackle any German armour.

It’s been a long war for Britain and her Commonwealth allies, but with the support of the US, rift-tech advances and the sound application of the new weapons, it’s only a matter of time before Germany is defeated. To quote Prime Minister Winston Churchill „If you’re going through hell – keep going”…